Nestled in a centrally located and lively plaza, ME Madrid is an attention-grabbing, urban property. The building is steeped in history, with an eye-catching façade, dating back to 1919.

Luxurious and innovative design dominate the interior of this location, where modern details are included to mirror the trendy surroundings. The rooftop bar offers panoramic views of the city and is a focal point for live music events, commonly frequented by fashionable Madrileños. 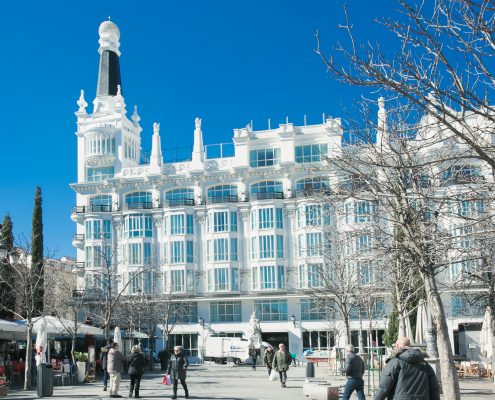 Grab your friends, pack your bags and join the experience. Fashion, art, gastronomy and music are waiting.

For any reservation at ME Madrid Hotel please email us reservasreina@melia.com

For any bookings please 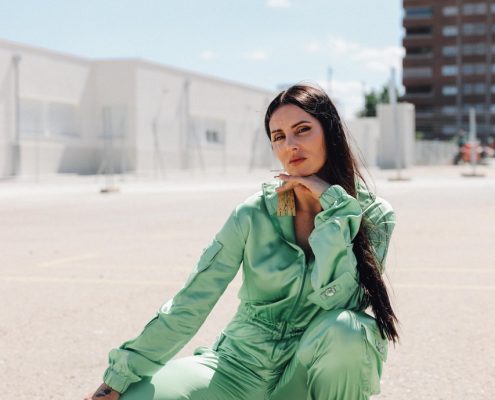 Luxury lifestyle hotel brand, ME by Meliá will launch its ‘Woman Is Art’ exhibition, during Madrid’s Art Week Fair, ARCO (26 February until 1 March) and International Women’s Day. The initiative will be open at ME Madrid from the 27th of  February till the 30th of March 2020, for both hotel guests and members of the public. This year, to strengthen the offering, ME Madrid Reina Victoria will host a panel discussion with influential Spanish female artists including renowned urban singer, Mala Rodríguez, Los Punsetes’ vocalist, Ariadna Paniagua as well as activist Amarna Miller and actresses Alba Ribas and Guiomar Puerta. 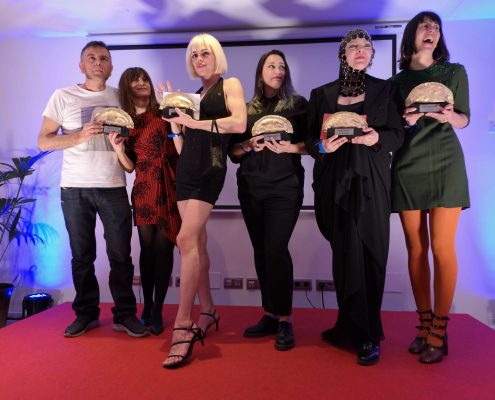 Last Friday 28thth of February, ME Madrid hosted the first edition of “Los Premios Encarna Delarte” this is a radio show with the objective of showcasing the work of artists whose artworks represent the society of the 21stst century.  There where given 5 major awards one of them being the award to the “eMErgent” artist of the year as part of the ME by Meliá Brand, it was given to Garazi Lara Icaza. Los doscientos where awarded as the best initiative, Miss Beige as the best performance artists, Marina Vargas as the best visual artist. The event was curated and organized by La Juan Gallery, member of “Encarna Delarte” radio show. Special thanks to Martin Miller gin, Alex de la Crois, ME by Meliá and the ME Madrid team.

ME Madrid will take part in the Madrid Design Festival as a space invited to showcase talent and creativity surrounding the art of illustration. An exhibition named “Exposición colectiva de la APIM” by 10 illustrators such as Eloy González, Cris Valencia, or Silvia Campos will take place, where their art pieces will be exhibited at ME Madrid till the 24th of February. 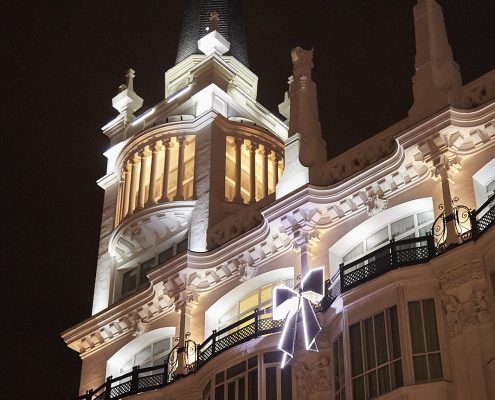 This Christmas we’ll see an artistic activation made out of Origami bows at our façade by architect Ramiro Granda . It is an elegant and sustainable way to decorate, where everyone can take part at this creative activation and make their own bows and at the same time, share their experience with beloved ones. 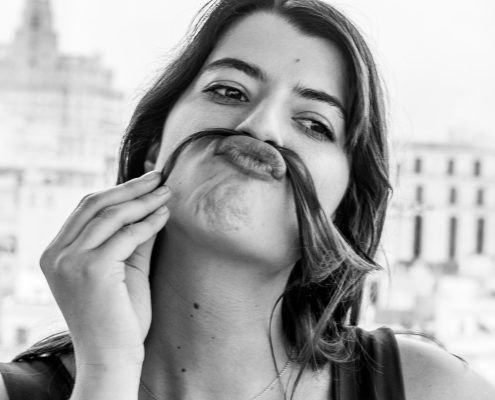 Throughout the Month of November ME Madrid has become the official hotspot for the Movember foundation in Spain. Several activations took place during the month with the objective of creating awareness about men’s health issues such as testicular or prostate cancer and other mental illnesses. 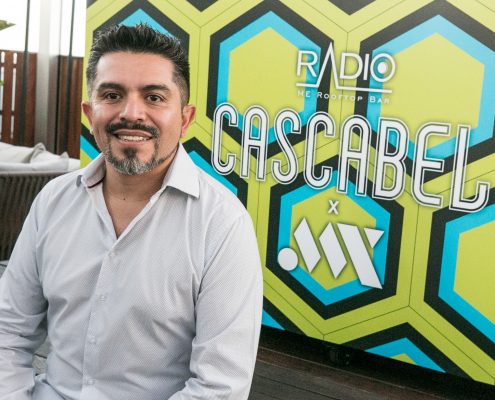 For three weeks, the essence of PUNTO MX can be savored in the culinary proposals of the first Michelin-starred chef of a Mexican restaurant in Europe. With these proposals, you will feel the spirit, essence and DNA of the CASCABEL Summer including exclusive dishes, amazing cocktails, an exceptional human team and an exquisite musical selection, the four elements that make up this unique and suggestive concept. You can order either the à la carte menu or the tasting menu composed by eight steps (two desserts included).

Come and join us! 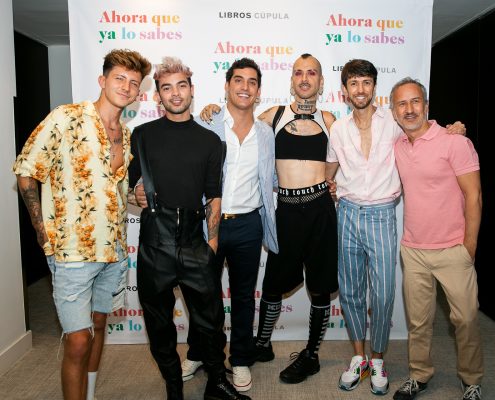 Cultural Program July 2019 Made With Pride

During 2019’s pride we hosted different activations regarding the LGTBIQ community. Last 5th of July we saw how Oriol Pamies presented his new book “Ahora Que Ya Lo Sabes”, we had the privilege to introduce a knowledge session with different personalities of the LGTBIQ community such as Juan Jaramilloe, Esteman, Joss Jaycoff, Jonan Wiergo and Alfonso Llopart. 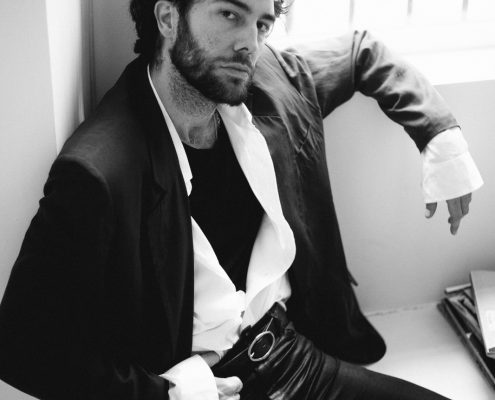 Discover “The idea of the nude” by Fede Pouso at ME Madrid from the 27th of June till the 8th of July. Then these art pieces will be exhibited at our hotel rooms.

This exhibition starts with the artist’s memories and experiences lived along his career in the fashion world, seeing 17-year-old girls/women starting their modelling careers at a young age.

Those memories tell how those girls would expose themselves to the world’s eye, sometimes with bravery and sometimes in the search for approval, but above all, exposed to the eye of the “others” with a single piece of clothing that covered their most intimate parts and weaknesses. “At times I would admire them, other times I would live with them the struggle for acceptance” Fede Pouso 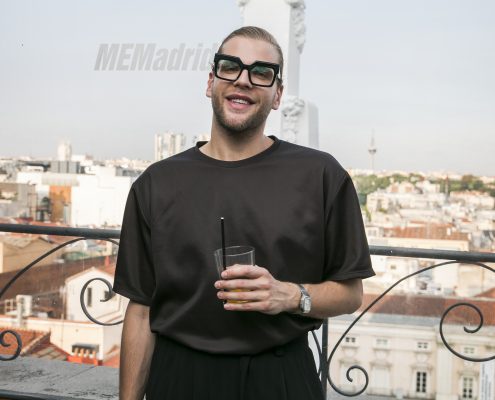 May will tribute the fashion world with Eduardo Navarrete’s fashion show, presenting his new Summer cruise collection “Ukomavu”. This promising young designer will be presenting his third collection, where swimsuits, trikinis, kimono and dresses will be the key players of the runway hosted at RADIO ME Madrid.

Immerse yourself into the Summer scene with this refreshing collection. 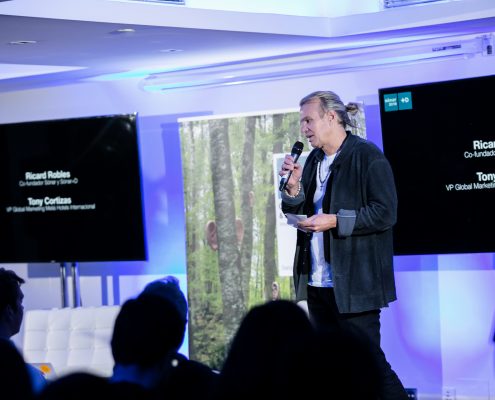 During the month of April, we hosted the knowledge session of Voices of Sónar+D. Innovation, creativity and technology all in one. 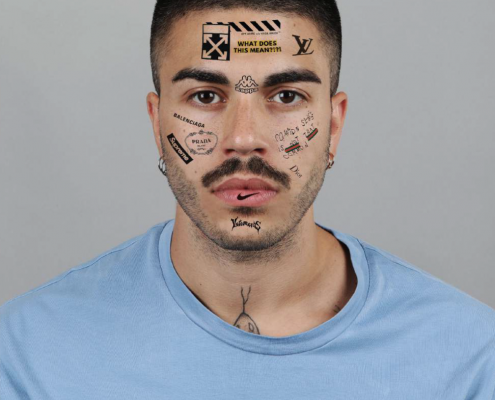 During the months of March and April, ME Madrid will host “Noah”, an exposition by Alessandro Malossi, an imaginative Italian illustrator, painter and tattoo artist. His illustrations are seen, shared and requested all throughout the world, and in 2016 he climbed another step when his art met the fashion world. He has worked with major international brands such as Calvin Klein, Nike, Estee Lauder or Jaguar.

Noah is the end result of Alessandro’s imagination, with 15 provocative art pieces, consisting of animals made from high-end brands such as Balenciaga, Fendi, Gucci or OFFwhite. Developing a reinvention of the classical vessel of the Genesis “Noah’s Ark”, Alessandro tries to question himself “ What shall be shaved by Noah, if he existed today?” 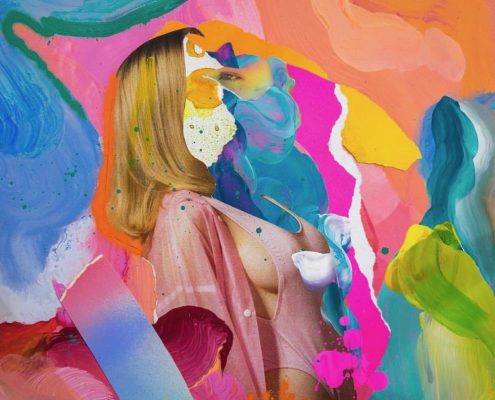 On the occasion of the Art week celebration in Madrid and the International’s Woman Day, ME Madrid hosts “Woman is Art” an exhibition which honours and praises the passionate world of femininity.

Artists such as Flavita Banana, Hinds, Filip Custic and Ricardo Cavolo will join together with ME by Melia’s initiative to exalt the important role of woman in art. The exhibition will be inaugurated next Thursday 28th of February and will be exhibited at the hotel till the 27th of March. 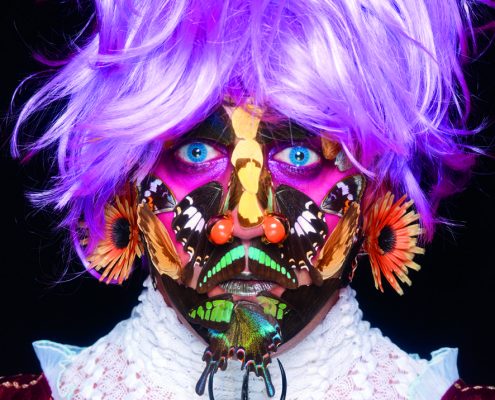 Sansanonasnas is an international performance and creative, being one of the most promising artists of the Spanish scenery.

During the month of January, fashion will be the key player, where an exhibition and fashion show will be hosted, making tribute to Sansanonasnas professional path throughout his most iconic looks.

Starting off on January the 23rd, different pictures will be exhibited at the lobby throughout the month, accompanied by a fashion show and event at RADIO ME Madrid with the artist’s most underground fashion pieces. 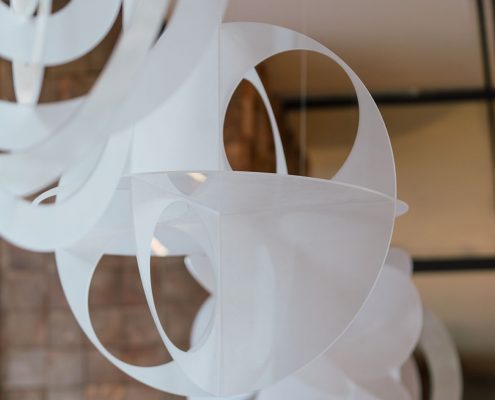 This Christmas discover “ORBE” an intervention by the creative architects Ramiro Granda and Emiliano Domingo. It is a reinvention of the traditional christmas ornament with a collection of different spheres decorating the lobby and the facade window.

This website uses its own and third-party cookies to improve our services and navigation specifications. If you continue browsing, we consider that you accept our cookies policy.OK
Desplazarse hacia arriba